The South Australian Jockey Club celebrates a rich and proud history here at Morphettville. We are currently working to curate our historical pieces and memorabilia here on course. If you are interested in being involved or you have a piece you’d like to donate to the club please contact us.

The first South Australian Derby was run at Thebarton and won by “Midnight”.

Leading British stallion “Fisherman” imported by Mr Fisher. SAJC (3) formed to become the administrators and controllers of racing in SA.

The inaugural running of the Adelaide Cup. It was run on the racecourse at Thebarton, and was worth 500 guineas. It was won by Mr. CA Dowling’s horse “Falcon”.

Eastern Parklands to be known as Victoria Park.

The South Australian Jockey Club (4) formed under the chairmanship of Sir John Morphett.

First meeting held at Morphettville on 3rd September. The first race won by “Red Gauntlet” owned by Honourable Thomas Elder, who had been a prime mover in the establishment of the course.

Malua, a great racehorse of his time won the Adelaide Cup.

Government bans all forms of gambling with the Totalisator Repeal Act. The Adelaide Cup ran at Flemington as the SAJC had already taken entries for the event which was won by Mr. E Ellis’s “Lord Wilton”. Racing was abandoned for four years.

The Club acquire title rights to own the racecourse and 160 acres of land at Morphettville. The same year totalisator betting is re-introduced. The first Adelaide Cup since 1885 is held and is won by “The Lawyer”. 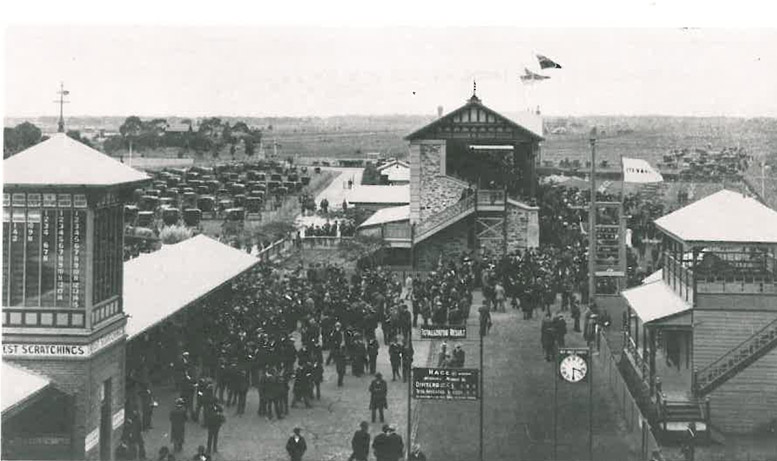 Military forces camped at Morphettville, so race meetings were transferred to Victoria Park.

School for apprentice jockeys started. Duke and Duchess of York visit Morphettville. They admire the great horse “Manfred” who was paraded on the course.

Betting Control Board licences bookmakers to operate on racecourses and off track betting shops.

Fire: One of the Derby stands destroyed.

The great “Tulloch” wins the S.J.Pullman Stakes at Cheltenham.

“Sometime” finishes second in the Adelaide Cup for the second time (never to win).

The Adelaide Cup was run as the Centenary Cup and was granted a Public holiday for the first time. “Tavel” won, the first of his two Cups, the other came in 1973.

Twilight meeting held at Morphettville to coincide with Perth Cup.

Racing is telecast from Morphettville.

Fire: Members stand destroyed. Many irreplaceable records and photos destroyed. All racing transferred to Cheltenham and Victoria Park. New Zealand female jockey, Linda Jones is first woman to ride in Adelaide Cup on board Northfleet, trained by her husband, Alan.

Adelaide Cup run at Victoria Park because of facilities renovation as Morphettville.

First Australasian Oaks is won by Rose of “Kingston”.

Formula 1 motor car racing was introduced with the inclusion of Victoria Park in the Grand Prix circuit.

The introduction of Sky Channel TV. 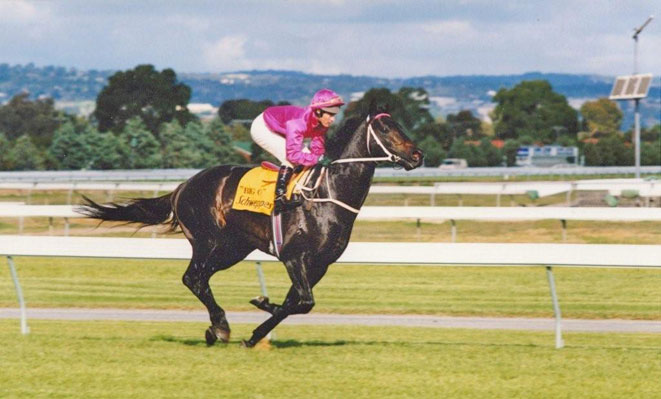 SATRA return to Morphettville and are re-named Thoroughbred Racing SA (TRSA) after the industry is corporatised. Following excessive rain Adelaide Cup day is abandoned, and the meeting is re-scheduled at Victoria Park. “Bohemiath” wins.

The Government agree to sell the TAB. The SAJC undertake major redevelopments to the grandstand and course. The inaugural running of the $400,000 Magic Millions Classic – the State’s richest race. Won by locally owned, “Barossa Broadway”.

The Morphettville Grandstand is re-developed at a cost of $2 million. Morphettville track undergoes complete re-development, the first since its construction. The cost is $4 million. Wetlands are created in the middle of the track.

The last ever race meeting at Victoria Park, December

The last ever race meeting at Cheltenham Park Racecourse was held in February.

Due to the movement of races from Victoria Park and Cheltenham Park to Morphettville, the SAJC required a first-class second surface to maintain the 65 race meetings now scheduled. $3.6 million was spent on the new inner track, which has a circumference of 2100 metres, is 25 meters in width and has a home straight 305 meters in length. The second track at Morphettville Racecourse opened, and the first race meeting on “The Parks” circuit at Morphettville was held on Wednesday 17th June.

The new Winning Post at Morphettville was also constructed, and its hydraulic operating system was the first Winning Post in the world with this development.

After the conclusion of the sponsorship arrangement with Scott Group of Companies, Allan Scott Park returns to its original name of Morphettville Racecourse.

“Black Caviar” makes history at Morphettville Racecourse on 28th April when she wins the Group 1 Sportingbet Classic (registered as the Robert Sangster Stakes), extending her unbeaten streak to 20 consecutive wins.

The Champion Mare cemented her place in the record books with her 21st consecutive win, in the Group 1 Distinctive Homes Goodwood at Morphettville Racecourse two weeks later, on 12th May. 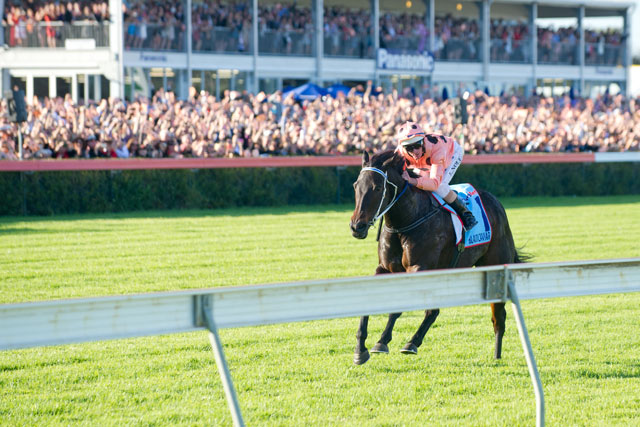 The South Australian Jockey Club (SAJC) announces the introduction of a new logo for Morphettville. This new Morphettville logo is modern in its presentation, but has hints of nostalgia with the design inspiration driven from the historic SAJC gates, formerly from Cheltenham Racecourse, that are now a proud feature in the Mounting Yard at Morphettville.

History Of Jockeys In SA

As well as producing champion horses such as Tobin Bronze, Comic Court, Rain Lover, Pago Pago, Dulcify and Light Fingers, South Australia has also witnessed some of the sport’s finest ever jockeys ply their trade.